Home > Case Studies > What Went Wrong on Our Honeymoon: A Case Study

What Went Wrong on Our Honeymoon: A Case Study 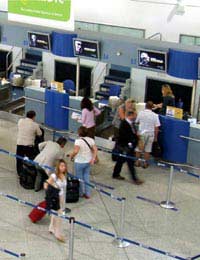 When you book a honeymoon you hope that it’s going to be the holiday of a lifetime, blessed with great weather, happiness and good health. Sadly, as the couples we spoke to explain, the reality sometimes leaves you feeling anything but relaxed.

“Our honeymoon to the Maldives was planned down to the very last detail”, say Sam and Jen of their trip to paradise early last year. What neither of them realised was that Jen would be eight weeks pregnant at the time of their honeymoon, and suffering from hyperemesis – an extreme form of morning sickness. “It wasn’t just morning sickness”, explains Jen, “it lasted all day, every day and totally prevented me from doing anything but lying in bed”. Needless to say the honeymoon was ruined, but the arrival of the couple’s beautiful baby, Esther, more than made up for it.

Emma and Thomas were unlucky enough to contract salmonella food poisoning on their honeymoon in Cuba. “We were both incredibly poorly, and we both needed medical help during our two-week stay”, says Thomas. “Emma took it particularly hard, having worn herself out and dieted down to nothing for our wedding day – I was very concerned.” Though Emma and Thomas were well enough to fly home as scheduled, their honeymoon memories are few and far between – those they want to remember, anyway.

On their honeymoon in Perth, Australia, David and Lizzie had some belongings stolen from their hotel room safe. “We took it for granted that our stuff would be safer in the hotel than with us in our bags, but when we returned home on our first day we’d lost mobile phones, money and jewellery”, explains David. “Worst of all, Lizzie’s engagement ring was one of the items stolen, and that pretty much broke her heart. It wasn’t a great honeymoon.” David and Lizzie are set to try again later this year, with their honeymoon take two to Paris.

Ali and Mark visited France and were having a fabulous honeymoon in Provence until Mark got word that his father was seriously ill. “We literally stuffed everything into bags and rushed for the nearest flight home”, says Ali. “Mark fell to pieces and it was up to me to sort out the logistics make all the necessary arrangements with only my schoolgirl French to fall back on. Mark explains: “As it happened Dad made a full recovery, but it was touch and go, so I’ll always be glad we made it back to be there for him.”

From illness and unforeseen circumstances to freak weather and twists of fate, you never really know what you’re going to get with any holiday, but there’s something about a honeymoon that makes you assume it’ll all be perfect. The trick is to be prepared, but not to expect the worst. The chances are you’ll have the holiday of a lifetime – and if things do go awry, you’ll at least have a story to tell upon your return.